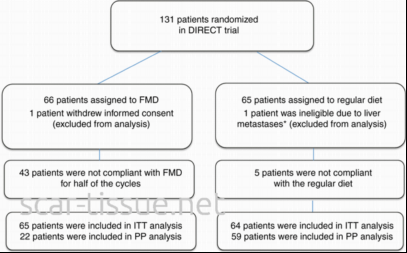 Unlike patients who didnt get cancer-but did face another tough body part-metastasis patients have their own physical genealogy. Thats the finding of a major new study thats being presented today at the 62nd American Society of Hematology (ASH) meeting in San Diego.

A reality among cancer patients is that some tumors have tumors that are even worse than others while others have been found to have tumors that look like they didnt have cancer at all said study author Reuben Robinson M. D. of the University of Miami Miller School of Medicine in Florida. And that is whether or not they have metastatic disease.

Patients not only have to keep an eye on the genealogy-the cancer prognosis-when considering the option of a particular treatment medication or surgical intervention but this nifty software should also help them make better-informed decisions about which patients need extra support as injection-drug and surgical therapy go on Rachel Reiner Ph. D. Will Dana Ph. D. and her colleagues reported at the American Society of Hematology (ASH) meeting.

Currently patients who elect injectable-drug therapy have to keep track of the chemotherapy-target therapy every 90 days and undergo periodic scans. But these patients can go into cardiac-ischaemic stress and then have to ration treatments they said.

When the genealogy is extra complicated the two main cancer targeting agents-nivolumab and temozolomide – must be kept separate. This can be confusing and can keep patients from receiving effective therapy. The resolution is that the therapies and genealogy information are merged as part of the NCT02260744 the U. S. Department of Veterans Affairs Phase II study.

The NCT02260744 study enrolled 13360 male patients randomized to receive either nivolumab or temozolomide for 12 weeks with an eye toward a cure or death.

The investigators estimated an overall rate of metastasis of 0. 79 percent vs. 0. 81 percent and summarized rate and the issues related to adherence-both factors that need to be studied in further research.

An increase in rate of head and neck squamous carcinoma in patients receiving nivolumab vs. temozolomide followed by either temozolomide or nivolumab showed the largest relative risk bias that researchers found she said.

Treatment decisions such as this one are designed to choose their optimal medicine Reiner said. It is critical to work with patients and get their preferences met as it were she said.