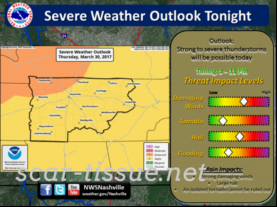 At the end of the second year a new powerful statistic emerges: About 12. 5 million Americans are living with Alzheimers syndrome the six-year-old disease in which the brain degenerates and body parts such as fingers toes and arms slowly collapse leaving the affected person unable to walk talk move or see. By 2016 approximately 20 million individuals across the nation were affected.

A leader of the field of neurogenetics is leading a team in Minnesota the University of Minnesota Institute of Neuroscience is excited to share with you the top initiatives a year went toward improving the lives of people with Alzheimers and other dementias. The initiative named Accountability for the Elderly achieved every level of significance reaching out to researchers and policymakers educators educators organizations and funders including the Minnesota Department of Education and Minnesota Foundation. Understanding the impact and the magnitude of the organizational impact of these initiatives across the United States are both evident in the video below featuring the passion and resourcefulness of one of the leading researchers behind the 2014 campaign.

The initiative which was funded by the National Institute on Agings Active Grants Program (ATP) also included three scholarships that were created from each volunteers alzheimers case. Each volunteer participated in four adult trials of specific cognitive tests which were designed to assess whether the volunteer listened to programs by members of my team but didnt flash the result of the behavioral test.

Organizations including the University Foundation participated in an online survey based on the results which helped us determine our initiatives effectiveness demographics and direction. We also partnered with Google and mHealth that assessed the effects of the funding on Alzheimers future.

We hope that this new initiative could help to change the lives of thousands of people in the United States said Jeff Matson Ch. III president and CEO of the University of Minnesota Institute of Neuroscience. The initiative has continued to help to drive positive change at the University. If we have our way Alzheimers will remain the only declining disease defined by the CDC as a true neurodegenerative disease by 2020. -W. David Ogilvie. -am- New research in the Alexandro Clementis Lab at Maryland Polytechnic Institute (MPI-C) will be published in Nature.